Software development has undergone many changes over the years. Out of these many changes, MVC is considered the biggest of all. MVC stands for Model-View-Controller. It is used for implementing a user interface on computers. MVC is a supportive architecture that works irrespective of what language you use for development. MVC Development Company in UK, consider MVC as the powerful framework for developing web applications. The core of the application is represented as Model, whereas the view displays and the controller handles the input. The MVC separation helps one to manage complex applications because one can focus on one aspect at a time.

With the launch of every new version, MVC Developers in London are becoming far more productive and helping develop solutions that are more effective.

Saves Time and effective use of resources

Due to the separation of components MVC allows the re-use of business logic across platforms. In addition, multiple user interface can be developed in line without concerning the codebase. Two different programmers can work simultaneously on two different business logic. This makes the work faster, saves time, and helps in to manage the resources effectively.

Due to the advantage of working on separate data and different business logic, duplication of code is certainly less. The separation of view model enables the user interface to display multiple views of the same data at the same time.

The modification does not affect the entire model

Change is part of life when it comes to web application development changes become a part of the ongoing development process. When it comes to the user interface that chances are frequent may it be a change of colour, fonts or layouts. MVC makes it easy to change the view, as it’s not interdependent. In addition, UI updating can be made without slowing down the business logic process.

MVC is the talk of the IT industry at this moment of time. Thus, MVC design pattern is a surely the great approach towards developing applications. MVC Development Company in UK facilitates development with a lot of time-saving, resources and less expensive in comparison to others. The power of managing different views makes MVC stand apart as the best platform for developing web applications.

Looking at the advantages many organizations are positively thinking to develop web application on MVC architecture. 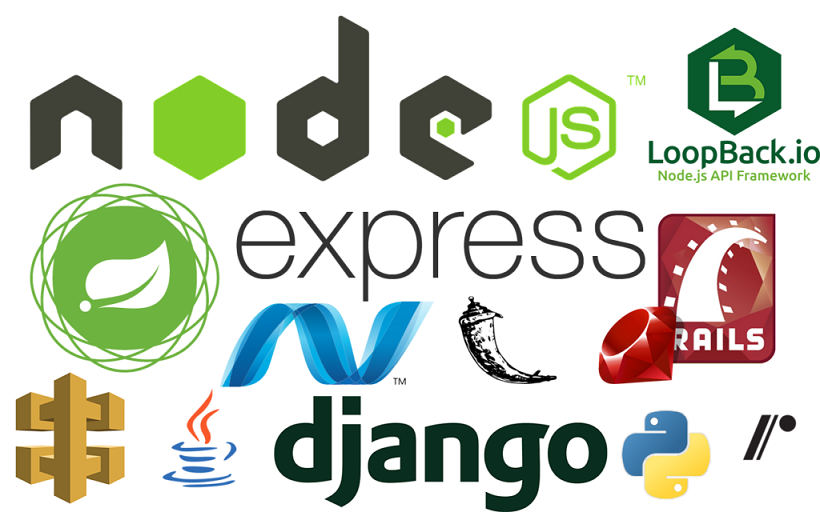 With web and application development being one of the fastest growing domains across the technological front, server-side frameworks get introduced and renovated every now and then. As a business as well as a developer, it is often confusing which framework is secure and stable enough for your system development.

You could be looking for custom flexibility of Ruby, or inventiveness of Javascript, or the fallback comfort of PHP – but how do you decide on a specific framework to lead your digital front? We have gathered our top five frameworks to help you figure this out!

Extremely widely used, Django is a full stack web development framework based in Python. It is free and open source, resulting in quick updates by its community of developers on frequent basis. It is also well suited for complex web development, taking care of the hassles while you can sit back and focus only on the important details. It also has excellent documentation, a point of note which used to set it apart.

It employs MVC architecture and thus, is a great supporter for flexibility and scalability for websites built on it. Quite a few websites famous among users have found their way to Django, namely, Instagram (for behind-the-scenes utilities), Pinterest and The Washington Post.

A leading open source PHP framework for custom web development, Laravel was first introduced back in 2011 as an advanced alternative to CodeIgniter. It is built on the MVC architectural pattern as well, thus bringing in immense stability for ever-expanding systems. It also features in-built support for authentication, security and multiple relational databases.

With its extremely easy integration with third-party tools, libraries and applications, Laravel took no time in becoming many developers’ favourite web development framework. Some popular sites such as Vimeo, E-DB and Paperwork use Laravel for development on a regular basis.

A super-flexible web development framework, Ruby on Rails is built on the Ruby programming language, lending the framework its famous terseness and consistency. It’s a very popular framework among startups owing to its cost-effective development as well as ease of understanding and implementation. It also is based on the RESTful application design, making way for logical structures inside applications for a more user-friendly approach.

Ruby on Rails is supported by a huge community that is both, supportive and endlessly collaborative, encouraging a fast-paced growth. With security features inbuilt in the framework, it ends up being the first choice of beginners in web development around the world! AirBnB, Github, SlideShare, Yellow Pages and Basecamp are some of the major players on Rails.

Express is that framework which can allow you to build entire sites on Javascript, taking advantage of its powerful capabilities. It is a web application framework that is built on Node JS and has been released as a free open source software under the MIT license. It is the first and foremost introduction to server-side JS coding, giving the developers a free hand to perform asynchronous I/O operations through Event Looping.

And wait for it… the best part about Express JS is the combination of AngularJS for a mindblowing front end, while Express takes care of backend worries! Extensive websites use Express JS for their backend, such as Uber, Linkedin, Netflix, MySpace and more.

Based on PHP, Zend is a powerful object-oriented framework that gives unparalleled scalability, cost-effectiveness and security to enterprise applications. It supports the MVC architecture as well as tons of custom-made libraries for fast coding opportunities. It also is highly error tolerant, paving the way for customisation to the tee for bigger applications that call for a lot of support.

Given how flexible Zend is, it becomes a developer’s favourite comfort zone very soon once they start working with the framework. It also allows for easy prototyping and comprehensive flexibility across the system. For example, everything on Magento is basically using the Zend framework! Now isn’t that something?

In conclusion, all of these frameworks have something fantastic to offer, and most developers get along just fine with the extensive support from their respective communities. So then, which one do you think is most compatible for your purposes?

Do keep in mind that it will depend on your application requirements, developer skills as well as budgets while choosing to go ahead with one of them! Also, regular and updated community support is a must too for a fast-paced development environment and enhanced growth.

We’d love to work on it with you and create something awesome.

Get a Free Quote